1. Guaranty. FOR VALUE RECEIVED, and to induce Bank of BBB. (Attn: Private Bank) ("Bank") to make loans or advances or to extend credit or other financial accommodations or benefits, with or without security, to or for the account of Borrower, the undersigned "Guarantor", if more than one, then each of them jointly and severally, hereby becomes surety for and irrevocably and unconditionally guarantees to Bank prompt payment in an amount as provided herein, when due, whether by acceleration or otherwise, of any Liabilities of Borrower to Bank. This Guaranty is cumulative to and does not supersede any other guaranties, except that this Guaranty replaces that certain Limited Guaranty dated _________,_________,_________(M,D,Y) made by Guarantor in favor of Bank in the amount of $,_________ and is not cumulative thereof.

This Guaranty is continuing and limited to the amount of _________ DOLLARS ($,_________) principal plus interest owing at any time, plus attorney's fees, cost of expenses of collection incurred and/or the cost of the enforcement of rights in enforcing this Guaranty (including, without limitation, any liability arising from failure to comply with any state or federal laws, rules and regulations concerning the control of hazardous waste or substances at or with respect to any real estate securing any loan guaranteed hereby), plus interest on such attorney's fees and cost of collection.

Except to the extent limited above, Guarantor unconditionally guarantees the faithful, prompt and complete compliance by Borrower with all Obligations (as hereinafter defined). The undertakings of Guarantor hereunder are independent of the Liabilities and Obligations of Borrower and a separate action or actions for payment, damages or performance may be brought or prosecuted against Guarantor, whether or not an action is brought against Borrower or to realize upon the security for the Liabilities and/or Obligations, whether or not Borrower is joined in any such action or actions, and whether or not notice is given or demand is made upon Borrower. Bank shall not be required to proceed first against Borrower, or any other person or entity, whether primarily or secondarily liable, or against any collateral held by it, before resorting to Guarantor for payment, and Guarantor shall not be entitled to assert as a defense to the enforceability of the Guaranty any defense of Borrower with respect to any Liabilities or Obligations.

A. "Guarantor" shall mean Guarantor or any one o 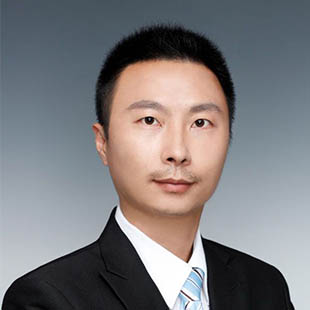